Montreal – Canada: Commissioned in 2014 with total biogas upgrading capacity of 16,000 Nm3/hr (10,000 SCFM) and remains the largest in the world. The project treats biogas from a large landfill and feeds the resultant RNG into the local natural gas pipeline.

Gustrow – Germany: Commissioned in 2009 with total capacity of 10,000 Nm3/hr (6,000 SCFM), which was the largest biogas upgrading plant in the world at the time. The project is now the largest in Europe.  The project treats biogas from crops and feeds the resultant biomethane into the local natural gas pipeline.

Perris – USA: Commissioned for pipeline injection in 2018 with total capacity of 1,250 SCFM (2,000 Nm3/hr). The biogas upgrading project treats biogas from municipal organic waste and feeds the resultant Rule-30 pipeline quality RNG into SoCalGas’s pipelines. This project uses GRN’s Totara biogas upgrading system in combination with PSA. This was the first RNG produced within California to be introduced into SoCalGas' pipeline system. 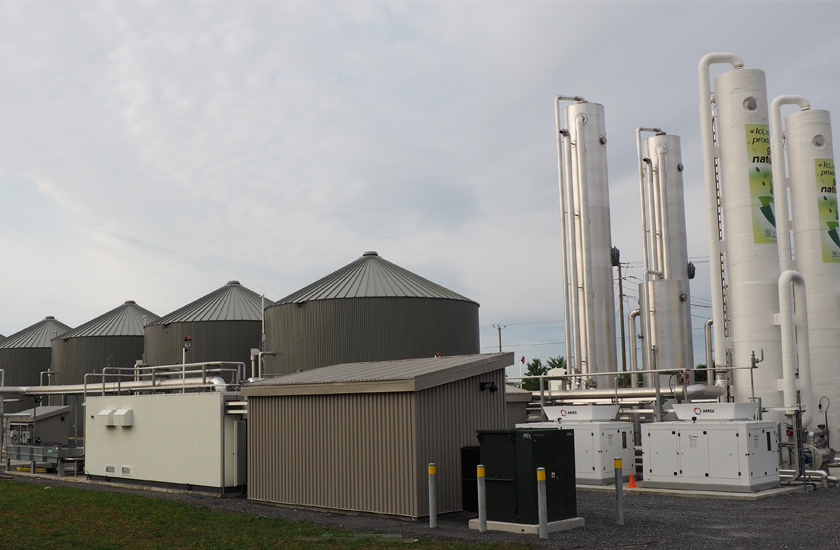 Saint-Hyacinthe – Canada: Commissioned in 2017 with total capacity of 4,000 Nm3/hr (2,500 SCFM). The biogas upgrading project is converting 100% of organic waste produced by the city, local agri-food businesses, and 23 surrounding municipalities into RNG for heat and power, transportation, and pipeline injection.